He was with the company for over six years 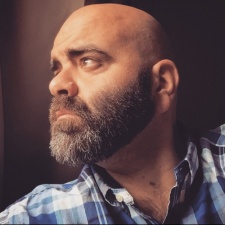 Gio Corsi has left his role as PlayStation’s head of global second-party games.

Corsi - an advocate for the PlayStation Vita - announced the news on Twitter (below), revealing that last week was his final week with the firm.

“It’s been a hell of a ride but last week was my final one at PlayStation. I’m taking some time off but I will be back in games soon enough,” said Corsi.

“I’m extremely proud of all the amazing things we accomplished. Big love to everyone past & present who made my time there truly special.”

Also want to thank @RohdeScott, @ShawnLayden & @yosp for all the 2nd Party love & guidance. Speaking of 2P, a big thanks to @johndsanders, @AuthorCConverse & @rawrchan43F for joining the 2P team! You are all the best and you will continue to knock it outta the park! 3/4 pic.twitter.com/abOnD8FxpE

Corsi was with the company for over six years - his first position was senior director for third-party production and developer relations.

Prior to PlayStation, he worked at LucasArts, first as games executive producer then as lead producer and co-president in charge of production. He was with the publisher for four years.

His other roles include a short stint at Nexon Publishing North America and nearly four years at Propaganda Games as development director, then as franchise producer.

Corsi also worked as a producer and director for Mainframe Entertainment, which he joined following his work at following his time at Electronic Arts Canada.