Rebrand and original games planned for the support studio 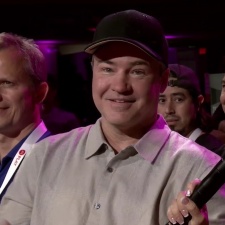 As reported by The LA Times, the development veteran is going to be heading up EA's Los Angeles studio, which is going to be run separately from DICE's Stockholm headquarters and Zampella's own Respawn. The firm is also likely going to have a change of name at some point.

It's also likely that Respawn has some unannounced games in the works. Zampella lists the projects that the studio is currently developing, adding that "there might be more".

Respawn was founded by Call of Duty veterans via studio Infinity Ward back in 2010 after their rather dramatic ousting from the developer by publisher Activision.

"We will probably rebrand,"  said Zampella

"We want to give it a new image. We want people to say: 'This is a destination you can go and make new content.' I think they've kind of gotten the branding that they are the support studio for DICE Stockholm."

EA's chief studios officer Laura Miele added: "I think under Vince's leadership the expectation is to have them work on and create a game on their own. And I genuinely believe that he is going to help guide them creatively.

"He's going to help them further fortify and build out their talent and their team. I think we're going to have a really strong studio out of our Los Angeles location. They can go from a support team to a full stand-alone studio to create a new game offering."

Previous to this, Nexon and Respawn united to bring the Titanfall franchise to mobile in 2016.