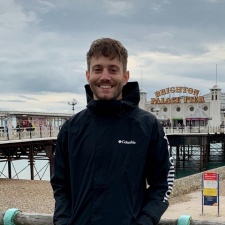 Leamington Spa-based hypercasual publisher Kwalee has brought on two new hires to head up an all-new PR team at the studio.

"Having been a lifelong fan of gaming and having grown up playing the likes of Micro Machines and LMA Manager that multiple people here played a part in, I'm delighted to have joined the Kwalee team. Not only to be working alongside these gaming legends, but to have joined such a fast growing business working in such an interesting area," said Paul.

"The huge possibilities of hyper-casual and the highly creative nature of the company really drew me towards the role, and I'm excited by all the things we'll be able to do from a PR standpoint. Our goal is to help continue the amazing growth seen at the company and as we’re starting right at the beginning of 2020, I'm looking forward to seeing just how far we've come by the end of it."

Joining Paul is Matt Suckley, former features editor of PocketGamer.biz. Since leaving the site in 2017, Suckley has worked as a PR manager at Flaregames and Phoenix Games in Karlsruhe, Germany.

Kwalee appointed Simon Prytherch as its head of publishing earlier this month. Prytherch later spoke on the topic of "what makes a hypercasual game" at Pocket Gamer Connects London 2020.