"The company has a tremendous pedigree built on decades of success" 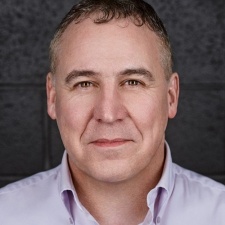 With over two decades of experience in video game marketing and publishing, Reid becomes the first person to take on this position at the company. In the role, he will help the company spearhead its own IPs as well as expand upon its work-for-hire business

Reid was part of the Xbox 360's marketing efforts during its launch, before going on to grow free-to-play MMO title Rift to $100 million in nine months as senior vice president of publishing at Trion Worlds.

Furthermore, at CCP Games he helped push Eve Online to 500,000 subscribers as its CMO and executive producer.

"The company has a tremendous pedigree built on decades of success, a global hit and leadership in asymmetric games with Dead by Daylight, and a portfolio of titles poised for even greater success in the years ahead. Behaviour has been the industry's best kept secret for years, and I'm eager to help bring the studio the recognition it deserves."

Behaviour CEO Remi Racine added: "Now the time has come for us to put Behaviour forward, expanding our library of original games and self-publishing capabilities alongside growing our top-tier services businesses. David's appointment is an important step in our ambitious plans, and we are excited about what the future holds."

We recently spoke to Behaviour Interactive's Daniel Guertin on how to get a role in game design as part of our Jobs in Games series.