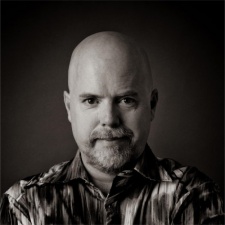 Hall has a career that has spanned 30 years. In that time, he has worked on a variety of popular franchises including Doom, Rise of the Triad, and Duke Nukem. Furthermore, he was the director and co-designer for Wolfenstein 3-D. Moreover, Hall is a co-founder for two popular game developers, Id Software and ION Storm.

"Most people don't know this, but I actually made my first VR game in 1992! It was a fuzzy, early attempt at bringing Wolfenstein 3-D to virtual reality that turned out to be a lot of fun."

"I've really been hooked on VR headsets and games in recent years, and have even made a number of AR prototypes. When a friend pinged me about an opportunity at Resolution Games - undoubtedly one of the highest quality VR/AR devs in the world - I jumped at it. These are still the early days of what will become a fascinating technology woven into our lives, and I can't wait to see what bold, fun experiences we can make together."

"Tom has been a key figure in shaping what video games have become over the last 30 years," said Resolution Games CEO Tommy Palm.

"While many have seen the VR gaming industry as struggling to find its voice, Resolution Games has been proud to lead with some of the biggest titles available to date. We're ecstatic to have Tom join us as we shape what's to come, and look forward to how his contributions will help to define the future of the space."