Zynga adds Noel Watson to its board of directors 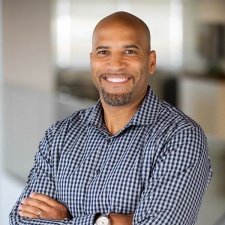 Zynga has welcomed Noel Watson to its board of directors as an independent director.

With this new appointment, Watson has become Zynga's ninth member for its board of directors. Last year, Watson became the CFO for TrueCar Inc, a digital marketplace for car buyers. Before that, he worked as the chief accounting officer for TripAdvisor Inc.

"I am excited to be joining Zynga's Board of Directors during this dynamic period of growth for the company in its mission to connect the world through games," said Watson.

"With the increasing penetration and use of mobile phones, and the more than 2.5 billion people globally playing games by the end of 2020, Zynga is incredibly well positioned to be a force in digital entertainment, built around iconic brands and experiences that people love."

"His extensive experience with high growth digital services and strong track record with mergers and acquisitions will be powerful additions to our company. We are excited to welcome Noel to Zynga's Board of Directors and Audit Committee."