It's not in relation to the ongoing problems at Ubisoft 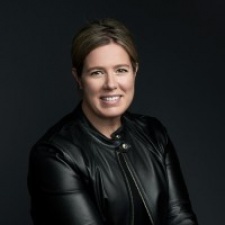 Ubisoft Quebec managing director Andrée Cossette is leaving the company, but her decision is not related to the company's ongoing problems.

Announcing the news via LinkedIn, Cossette explained that she has chosen to end her 22-year career with the French publisher as she seeks new challenges.

"The role of general manager of the studio brought me great challenges and I was able to put in place an ambitious plan for the future. At the same time, I began a deeper, more personal reflection, which allowed me to realize that I was no longer where I wanted to be and that it was time for me to pass the torch and think about other projects for the future," said Cossette.

She made it clear that the sexual abuse and misconduct allegations swirling around the company played no part in her decision.

"My decision is the result of a long reflection and is not related to the current situation within the Ubisoft Group," said Cossette.

Cossette has become one of several high-end staff members to leave the company in recent times. However, her decision was due to seeking new challenges, whereas others have either been fired or forced to go on account of abuse allegations.

Earlier this month, three execs departed the company, one of which was chief creative officer Serge Hascoët. However, it is worth noting that those execs resigned, while more recently the company actually fired its PR director Stone Chin.

The French publisher is certainly facing troubling times. Moreover, there are concerns that its HR department had some questionable policies in place. Namely, that those being harassed should discuss the issue with their harasser rather than management or HR itself – problems that a human resources department would typically be involved with.

However, it is not just Ubisoft's HR that has been questioned. CEO Yves Guillemot, when asked about his responsibility, shifted all blame onto other people as he insisted that they betrayed his trust. It is worth noting that Guillemot claimed that he and the company had made some "tough decisions" in the past in regards to misconduct allegations. This implied that the culture at the company has been toxic for a while, with those being abused not taken seriously.