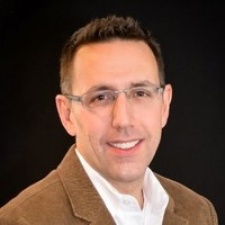 As reported by GamesIndustry.biz, the role has been recently created and will involve Wuestmann running the US side of things for the company.

He has been with the company for nine years - currently, he is the vice president of sales and marketing in North America, a role he has held since 2011. Wuestmann has also worked for Take-Two Interactive, where he served as a national account executive for three years.

"North America is home to a lot of talent creators and a massive and rabid audience of players. Forging the right partnerships to ensure that we are tapping into those talents and reaching those players where and how they play is critical to our ongoing success," Wuestmann.

The appointment of a CEO in North America is a sign of THQ Nordic's growth. However, Klemens Kreuzer, the chief exec for the company's European arm is wary of the publisher growing too fast, even if North America provides ample opportunity.

"We certainly see an opportunity to expand our team on the ground in North America, but we are reticent to assign any numbers. Our talent acquisition model has always been to find the right people with skillsets and aptitudes that complement our existing, global team rather than filling an organisation chart," said Kreuzer.