Back previously acted as product director for over a year 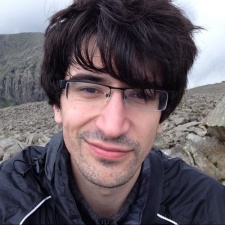 James Back is the director of product at Sega Hardlight.

The appointment was announced via Back's LinkedIn profile, showing that he will now be relocating to Helsinki to take up the new position.

Until 2014, Back worked in a business intelligence role within the housing industry before finding his way to the games industry as an analyst at indie developer Exient.

From this, he spent nearly three years at the studio before exiting as a product lead.

Back would then continue his career at Sega Hardlight as a live operations manager, prior to being promoted to director of product after approximately a year-and-a-half. 11 months on,

Back then left to join Sumo Digital where he spent another 16 months at the Leamington Spa-based studio.

"It took a few months of applications before I managed to get an interview and another six months before I finally got an offer before starting as a games analyst at Exient," Back previously told PocketGamer.biz during an interview.

"Over time though, I started contributing more to discussions about design and running games as a service before moving into a product lead position," he added.

No details of what Back will be working on have been revealed, though Supercell currently has several games in development - including Hay Day Pop, which is currently in soft launch.

PocketGamer.biz reached out to Supercell for more details about the hiring, however the studio refused to comment.

Supercell recently invested €25 million ($29.6 million) in Merge Mansions developer Metacore, which the studio will use to grow the game and team.