To be replaced by acting CEO Tobias Sjögren 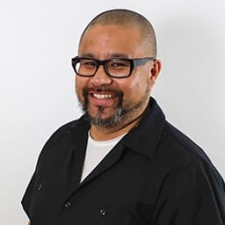 Starbreeze CEO Mikael Nermark has stepped down due to personal reasons.

The resignation has been made with immediate effect. As such, current board member Tobias Sjögren will step in as acting CEO. He was previously DICE studio manager in Stockholm. He was also EVP of business development at Paradox and CEO of White Wolf.

"I would like to thank Mikael for his efforts during many years at Starbreeze," said Starbreeze chairman of the board Torgny Hellström.

"Mikael has had a big role in the company's development, and today, Starbreeze stands stronger with a full focus on PayDay."

The Swedish publisher has faced troubles in recent years. It entered reconstruction in 2018, but the process proved troublesome as the company applied for its third extension in September 2019.

In December 2019, Starbreeze shut down PayDay: Crime War, the mobile game was in soft launch at the time.

NBCUniversal gangs up with Starbreeze on a Payday mobile game