He worked for the firm for over 30 years 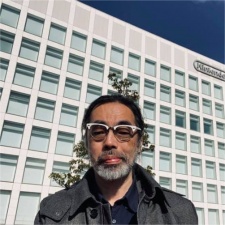 Nintendo veteran Takaya Imamura has departed the company after more than 30 years of service.

As announced via his Facebook page, Imamura had his last day with the Japanese games giant yesterday.

"This is my last day going to work," wrote Imamura.

"I took a selfie with the empty office. I guess I won't be coming in here anymore. As you'd expect, I'll miss it."

The veteran games designer took a selfie in front of the empty office, as the majority of staff are working remotely due to the ongoing Coronavirus pandemic.

Back in 1989, Imamura joined Nintendo as a games designer on F-Zero, the popular futuristic racing franchise.

However, over the years, Imamura aided in the creation of several beloved Nintendo franchises and characters.

One such example is Star Fox and its fronting character Fox McCloud, which Imamura aided in the design off. Furthermore, he served as the art director for The Legend of Zelda: Majora's Mask.