Replaces his father in the top job 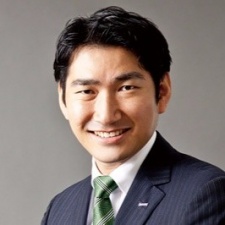 Previously, he was the company's group COO, as well as president and representative director - roles he had held since April 2017.

He is replacing his father, Hajime Satomi, in the CEO role, who is stepping down from the top job but is still working at the firm as chair or the board and a representative director.

Haruki Satomi has also been chairman and CEO of Sega Corporation since April 2017.

Hajime Satomi founded Sammy Corporation – then called Sammy Industry – back in 1975 as a spin-off from the Satomi Corporation. The company rose to prominence in the 70s and 80s thanks to arcade video games and pachislot machines. Having previously bought 22 per cent of Sega's shares in 2003, Hajime Satomi snapped up the controlling interest in the Sonic the Hedgehog maker, forming a new corporate giant called Sega Sammy Holdings.

Losing up to 300 jobs, Sega Sammy restructures for mobile and online