Sanchez will act as senior director of game operations 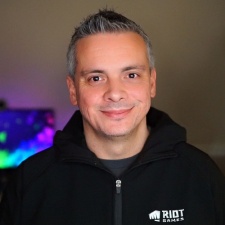 The move was revealed by the man himself via LinkedIn, where he also confirmed that the role will see him step up to senior director in the same department. Sanchez has been in the tech industry since 1997, beginning his career as a software engineer at various companies across Florida.

Sanchez entered the games industry in 2011 as the development director at EA on Madden NFL, before moving up to a similar role for EA Mobile as a whole. Here, numerous games were published under his wing, including Plants vs. Zombies 1 and 2, The Simpsons: Tapped Out, Tetris Blitz, Dungeon Keeper, Ultima: Quest of the Avatar, Monopoly and Scrabble.

After just under four years, Sanchez was picked up by Microsoft as the senior program manager for Xbox. Not long after he joined Bungie as the project lead/senior producer on Destiny 2. This then turned into a role at Turn 10 Studios as executive producer on the Forza Horizon series.

Most recently, Sanchez was the principal program manager for project-led inclusivity on Xbox.

"I've always admired Riot's player-first approach in everything they do. I look forward to contributing to that culture with an inclusive mindset and by helping all of our teams achieve their dreams and goals."

PocketGamer.biz has reached out to Riot for more details about the new hire and how involved with the mobile platform Sanchez will be.

The new head of game operations will likely have his hands full as Riot recently confirmed that League of Legends: Wild Rift open beta would be arriving in North America very soon.

Speaking of which, the Chinese game regulator previously approved 33 new games for launch in the country, with one of them being confirmed as League of Legends: Wild Rift.