She previously worked for Pixelberry Studios 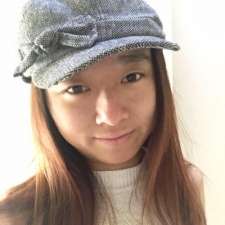 Wong confirmed the news on Twitter, revealing that she has already started her role with the mobile games specialist.

Before joining Zynga, Wong spent two years with Pixelberry Studios, where she worked as a junior UX/ UI designer before becoming a UX designer.

However, she has also held a number of internships over the past couple of years, including a six-month stint with NetEase as a UX/ UI designer.

Wong was also a UX/UI intern for CBS Interactive, which she held for three months.

Over the years, Zynga has cemented itself as a dominant force within the mobile games market. However, it plans to broaden its horizons.

Earlier this month, the company snapped up cross-platform studio Echtra Games, with the developer set to team with NaturalMotion for a new RPG title.

The American social games giant will make its first foray into the console market with Star Wars: Hunters, which will come to both mobile and Nintendo Switch later this year.