Cecilia Qvist is the new head of LEGO Ventures

She previously worked for Spotify 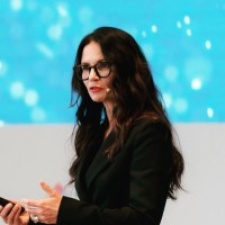 LEGO Brand Group has appointed Cecilia Qvist as the new head of its venture arm.

At LEGO Ventures, Qvist will lead the team as its hones in on two strategic investment spaces, "digital play" and "supercharging education."

"To explore the connections between learning, creativity, and 'digital play' by working with innovations that will shape the future of playful learning is massively exciting," said Qvist.

"Industries like gaming, adaptive education and virtual reality will have an immense impact on our daily lives in the years to come. I look forward to leading LEGO Ventures and working with the portfolio to realise the vision."

Before joining LEGO Ventures, Qvist was an exec at Spotify, where she oversaw the global growth strategy in existing and new territories.

Moreover, she proved to be instrumental in the audio streaming platform's growth, which is now available in 170 markets with more than 345 million users.

"We're thrilled to announce Cecilia joining us taking up the role as Head of LEGO Ventures as there's no doubt that she can take the LEGO Brand's venture efforts to the next level together with its dedicated team," said Lego Brand Group executive chairman Jørgen Vig Knudstorp.

"The updated LEGO Ventures strategy emphasises the LEGO Brand's ambitions and belief in the power of Learning-through-Play, and we strongly believe in LEGO Ventures' role in exploring the future of play on behalf of the LEGO Brand. Cecilia is here to help us achieve just that."

It is not just Qvist that has joined Lego as former eBay finance director Jacob Fonnesbech Aqraou has joined its advisory board.