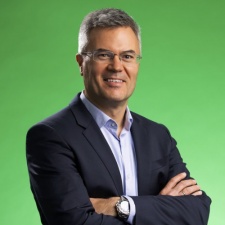 Zerza has been with the company for years, currently serving as Activision's chief commercial officer and Blizzard's chief operating officer.

The veteran is to take on the CFO role in the second fiscal quarter, following his predecessor Dennis Durkin's retirement.

Initially, Zerza joined the company in 2015, starting out as Blizzard's CFO.

However, during his time at Activision Blizzard, he has held a number of roles in both parts of the company.

Prior to the game giant, he worked for P&G, where he stayed for more than 20 years. His most recent role at the company was as CFO for its Latin America division. Zerza also served as director of mergers and acquisitions.

"Armin is a leader of great accomplishment and depth who has played a central role in our company's continued growth, record financial results, and the momentum we now have with all of our key franchises," said Activision Blizzard CEO Bobby Kotick.

"His extensive knowledge of the financial and operational aspects of our company – balanced with a great appreciation for the need to ensure inspiration and creativity – makes him uniquely suited to serve as our next chief financial officer."

Zerza's promotion follows a round of layoffs across various departments, including one from its mobile arm, King.

A second wave of cuts will sweep across Europe later this year, though only its publishing sector will be affected as Activision Blizzard forms a central publishing hub in the UK.