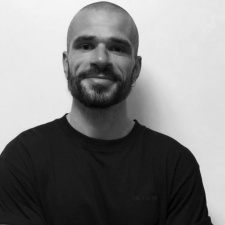 As announced via a blog post, the new COO will start in the position from May 27th while continuing to be based at Rovio's headquarters in Espoo, Finland.

This move follows a 10-month stint in marketing and a 12-month period as the director of growth.

O'Leary entered the games industry in 2012 as a product manager on Watch Dogs at Ubisoft. He then moved onto further product and marketing jobs at Gameloft and Outfit7 before joining Rovio in 2019.

Alongside this, it was confirmed that O'Leary and chief technology officer Petri Hyökyranta will both become members of the leadership team for the Angry Birds maker

"Kieran’s strong track record in heading marketing coupled with his determination for driving results make him the best possible person for the job and I am confident he will do an excellent job!"

He added: "An important pillar of our strategy is our 'Future of Gaming' initiatives. Much of this is naturally technology-enabled, for instance using machine learning to customise user experiences. Thus it is imperative that technology is represented in the leadership team through Petri Hyökyranta."

O'Leary previously delivered a session on 'fueling growth through user-centric UA creative design' at Pocket Gamer Connects Digital #2. You can watch the presentation in full below:

As part of Rovio's latest financial figures, it was revealed that Angry Birds 2 had earned more than $600 million in lifetime revenue.