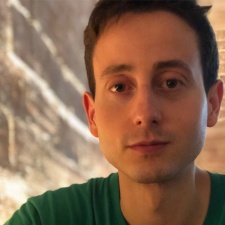 The new vice president will lead a team of game developers and brings valuable experience to the company’s expansion into new game genres.

The former director of product management at Scopely for the top board game Scrabble Go, Rodriguez has extensive experience executing strategies from inception to scaling and worldwide launch. Based in Spain, he was responsible for starting Scopely’s product operations in the first internal studio in Barcelona and has also held a management position as part of the leadership team.

Additionally, Rodriguez brings extensive experience with board games that will strengthen Homa Games’ leap into the casual games market.

Homa Games’ mission is to unlock the creativity of game developers by leveraging its in-house technologies and expertise. Rodriguez will build a live ops team to improve the user experience for strategic games and increase profitability through feature development and optimisation.

The speed of light

"Homa has built an impressive pipeline in which games are shipped and tested at the speed of light," said Rodriguez.

"I believe there is a huge potential to be unleashed once we develop the infrastructure to optimise and operate the games at that same speed."

Homa Games chief executive officer Daniel Nathan added: "Carlos brings deep expertise in gaming as well as sharing the same entrepreneurial mindset and excellence that Homa was built upon. He is an industry veteran and a seasoned leader whose experience has provided him with a unique perspective on the gaming industry. We are extremely excited to have him join our executive team."

The creation of the new vice president role reinforces Homa Games commitment to creating experienced, high performing teams to sustain its growth. There are several open positions in the company's new Live Team at the moment.