One of four new hires for blockchain game dev 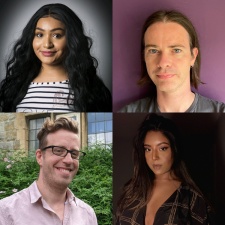 Blockchain gaming outfit Reality Gaming Group has announced four new hires as it looks to expand its success in the NFT sector.

Building out the future

As well as Doctor Who: Worlds Apart, Reality Gaming is working with IP such as Smighties and Emojis, and it's also licensing its Digital Asset Trading (DAT) platform for third party developers to use.

"Our latest hires will all play a crucial role in the next phase of Reality Gaming Group’s growth, which will see further development of our groundbreaking titles like Doctor Who: Worlds Apart," commented Reality Gaming Group co-founder Tony Pearce.

"We’re also seeing significant interest in our DAT digital asset trading technology platform, which is being updated constantly with new features and functionality to power both our own releases and those of our partners."