Brings total board members to seven 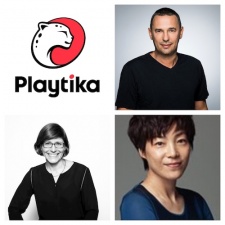 Israel-based mobile games firm Playtika has revealed that it has added two new members to its board of directors, Dana Gross and Hong Du.

Prior to Prospera, Gross was CFO at fintech firm EToro and has served on the boards of Tower Semiconductors, AudioCodes, and M-Systems.

Du is the co-president and COO of Chinese tech titan Sina Corporation and will join the Playtika board alongside serving on its Company's Compensation Committee. Since joining the company in 1999, Du has served in various roles at Sina, before being appointed co-president in 2013.

Since January 2014, Du has been a member of board at Chinese social media platform Weibo.

"The appointments of Dana Gross and Hong Du come at an exciting time for Playtika," said Playtika CEO Robert Antokol.

"We are taking the company to the next level and our business is poised for tremendous growth in the decade to come. Bringing on Dana and Hong is part of our ongoing commitment to excellence and support of gender diversity within Playtika.

"Their substantial experience will assist us as we continue to expand our leadership position in the gaming space and as a public company."

With the two latest additions, Playtika’s board of directors now consists of seven, three females and four males.

Gross commented: "I'm thrilled to join Playtika's board of directors during these exciting times. Playtika is one of the most successful companies to originate from Israel and I look forward to being a part of their journey as they continue to grow even further in the digital and mobile space, and enter new markets while leveraging their strong brand, core technologies and unique expertise."

Du added: "I've had the opportunity to review many successful mobile and internet businesses during my tenure at Sina, and I was extremely impressed with the technology that Playtika has built. I look forward to joining Playtika's board of directors as one of the leading players in the mobile gaming world, creating entertaining experiences for users around the world."

Last month, Playtika revealed the establishment of a new office in Switzerland that will focus on the development of AI tech and other R&D directions.