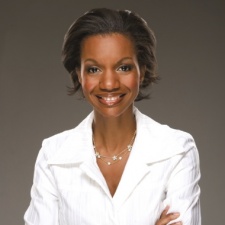 US mobile publisher Scopely has revealed the appointment of Salaam Coleman Smith to its board of directors.

With over 20 years of entertainment industry experience, Coleman Smith has held positions at Disney, Comcast, and Viacom.

Whilst at Disney, Coleman Smith served as EVP of Disney ABC Family Group and oversaw the strategy and programming for ABC Family and Freeform.

Additionally, Coleman Smith has previously served on the boards of Pinterest, Gap, and Enjoy Technology

"Scopely has an incredibly talented and ambitious team, a world-class technology platform with Playgami and a highly creative culture – all critical ingredients for success," said Coleman Smith.

"Yet, their ability to build and nurture loyal, highly engaged player communities stands out as a defining characteristic of a company destined for greatness. The team’s dedication to empowering players to find a sense of meaning, authorship, and belonging within their game experiences is extremely important to the future of play, and a core reason why the company has become one the fastest-growing private mobile games companies today."

Scopely has stated that Coleman Smith’s background complements the firm’s relationship with the entertainment industry, such as its partnerships with popular IP, including Marvel and Star Trek.

Earlier this month, Digital Turbine appointed Mollie Spilman to its board due to her "accomplished track record".