Former co-CEO will oversee current and future projects, as well as R&D 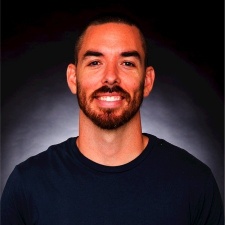 Riot Games has appointed Marc Merrill as its president of games, overseeing all current and future projects.

The news was announced by current Riot Games CEO Nicolo Laurent on Twitter, with Merrill to take over the firm’s titles, such as League of Legends, Wild Rift, Teamfight Tactics, Legends of Runeterra, and more.

In addition to the new role, Merrill will also be responsible for overseeing the studio’s R&D plans going forward.

Merrill founded Riot Games in 2006 with Brandon Beck and the pair operated as co-CEOs until 2017, when current CEO Laurent stepped in. Since 2018, Merrill and Beck have operated as co-chairman for the firm, which Laurent stated has kept them "very active" at the company.

"As Riot does more in esports and entertainment, the most critical part of a company built for players will always be games," said Laurent.

"It's already a privilege to work at a company where the founders are still deeply engaged years after they've passed the baton on leading day-to-day operations. Now it's such an honour to see Merrill step into the most critical leadership role in Riot's new chapter."