Brings experience from leading Xbox franchises, such as Halo, Gears of War, and Fable 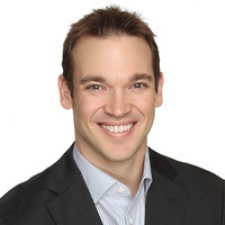 Izumi World has revealed the appointment of Jamie Davies as the new Chief Marketing Officer of the company.

Davies has previously worked as a marketing executive with brands such as Samsung, Xbox, Gatorade and Rarible. Joining a team of designers and blockchain executives at Izumi World, he will support ambitions of combining NFTs, AR, and play-to-earn.

Davies has more than 20 years of experience spearheading marketing efforts. At Verizon, he has worked as head of brand and innovation marketing. At Xbox, he was a senior advertising manager leading development in franchises such as Halo, Gears of War, and Fable.

"I’m thrilled to be working with Grant and the rest of the Izumi World team to create an unforgettable gaming experience for players around the world," Davies said.

"Izumi World has the potential to revolutionise the gaming industry and I can’t wait to launch this game for everyone to enjoy, play, and earn."

Incorporating both AR technology and play-to-earn elements with an upcoming Q2 NFT collection, the company plans for the integration of the two to become seamless by the time of release.

Izumi World CEO Grant Stanley added: "We’re so excited to have Jamie on board as we get ready to launch Izumi World. His wealth of experience in marketing and advertising, especially in the gaming space, will be invaluable as we enter into this next phase of development and growth."

In other recent job news, FunPlus has recently announced the recruitment of Josh Burns as senior director of business development for North America, helping to drive distribution growth and revenue.