Founder of Games For Me, CEO of Astral Interactive, and more 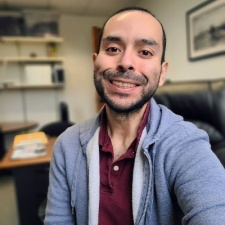 Succeeding Renee Gittins, who stepped down in January and rejoined the board of directors, Vela was previously the company’s interim executive director and manager of global development.

Other new board members include Rami Ismail, Guy “Yug” Blomberg, and Tarja Porkka-Kontturi.

Bringing to the table

Vela has more than a decade of experience in the industry and led the revamping of the Global Mentorship Program, including IGDA’s PeopleGrove-powered mentorship platform.

Vela founded the Texas-based Games For Me, which researches the social impact of games on society, and is also retaining roles at Astral Interactive as its CEO and MagiTech Management Solutions as a principal advisor.

As the executive director at the IGDA, Vela will be strengthening support systems for development communities, securing member benefits, and building partnerships.

"To work in games is to work in a global industry, no matter where you are," Vela said.

"The power of a global network is limitless. In my time with the IGDA, I have seen how communities support one another through speaking engagements, sharing best practices, connecting one another to new opportunities that can help progress developers and their local games ecosystem. This is a relationship-based industry at its core, and when operating from a position of global solidarity and connectedness, game developers can reach new heights."

IGDA chair of the board Natasha Skult commented: "Dr Vela has the board’s full confidence and support. We were very impressed with his work in his time as Manager and Interim Director, and we’re excited to see his leadership in the organisation’s next chapter."

There have been a number of recent job changes in the games industry around the world, from Jeremy Bondy being named as Liftoff and Vungle CEO following the merger in October 2021, to Helsinki-based Social First announcing the appointment of two new advisors Koh Kim and Andy Chambers, to Danish multiplayer specialists Funday Factory having announced the appointment of Jeppe Kønig as head of publishing.