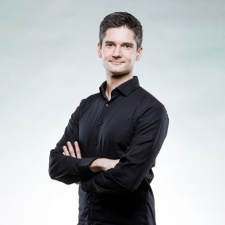 Hamburg-based developer InnoGames has appointed Michael Lenz, a nine-year veteran of the company, to the position of chief analytics officer.

Formerly director of analytics and monetisation, Lenz was appointed to the newly created CAO position on July 1.

As CAO, Lenz has responsibilities in marketing, game analytics, data science and video ads, among many other areas. He will also be providing support to Swedish Modern Times Group, the parent company to InnoGames, in assessing potential candidates for future acquisitions.

Prior to joining InnoGames, Lenz spent three years at fellow Hamburg-based games company Bigpoint, rising from games analyst to head of analysis during this time.

Microids has recently opened a new studio, also in Germany, as part of its expansion plan.

"Even when I first joined InnoGames, I was impressed by the clean data set-up and the competent and transparent use of data," said Lenz.

"Overall, we want to continue to draw a competitive advantage from our unique blend of creativity and enthusiasm for our games and data-driven foresight. I am honoured to support the management team in this mission and look forward to creating many more millions of hours of gaming fun with my 400+ fantastic colleagues."

InnoGames co-founder and CEO Hendrik Klindworth commented: "With his rare ability to turn data into insights and insights into impactful initiatives, Michael has contributed greatly to InnoGames' success.

"His appointment as CAO and fifth member of the management team reflects both his personal achievements and the ever-growing importance of data-driven decision-making."