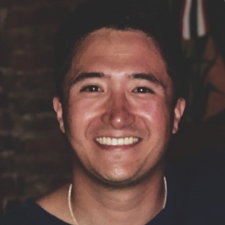 “After four and a half amazing years at Apple I’ve made the decision to get back into game development. I’m so excited to be doing this at the awesome Space Ape Games. I’m looking forward to working closely with Simon (Hade, Space Ape co-founder), Tom (Martin, product manager), Lee ((Sullivan, studio art director, Nicolas (Boulay, head of growth) and many other brilliant people across Space Ape and the wider Supercell family.“

Prior to his appointment, De Filippo worked for Apple as the UK and Ireland’s App Store business manager of games. Previously, he held roles as strategic business manager at SIDE Audio, business development manager at Mediatonic Games, and co-founded Kuju Startup Funds.

The beat of its own drum

De Filippo’s experience in business development could indicate further attempts by Space Ape to increase its profile. The company is perhaps best known for the rhythm game Beatstar, which recently celebrated its first anniversary. Beatstar has become notable as a platform for new music with artists such as The Chainsmokers, Shakira, and BTS taking to the platform to debut new tracks.

Most recently, the game collaborated on an event with rapper Eminem, to celebrate the release of his greatest hits album Curtain Call 2 with an in-game takeover. This event saw the game feature music exclusively by the artist for the duration, and quickly became the largest event in the game’s history with 3.7 million song plays and 1.3 million players adding Eminem tracks to their playlists.

“Beatstar has committed to being a music discovery platform for its players,” said Space Ape Games music and marketing lead Paul Thackwray.

Space Ape has also seen recent success with Boom Beach: Frontlines, which was soft-launched in August and saw 1.3 million downloads in the ten days following release.

In August, we listed Space Ape Games as one of the top 50 mobile game makers of 2022.