The Ubisoft veteran will join the team in Riyadh 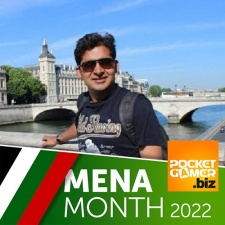 Ubisoft veteran Peeyush Gulati has announced via linkedin that he is taking on the role of vice president of production at Savvy Games Studios, joining the team in Riyadh.

Gulati first joined Ubisoft in 2009, working as Lead Programmer at Ubisoft Chengdu. In February 2012, he transferred to Ubisoft Abu Dhabi in the same role, before ascending to lead producer and production manager in 2017 and acting studio head from February 2022 to July 2022.

“We’re delighted to welcome Peeyush Gulati to our team as our new VP Production!” said a representative of the studio on Linkedin. “With more than 15 years’ experience in creating, producing and operating successful games at Ubisoft, Peeyush is joining an elite team of talented professionals who are getting straight to work.”

“Among his many accomplishments, Peeyush pioneered web-based game development at Ubisoft and worked as Lead Programmer, Lead Producer and Studio Head during his time at Ubisoft Abu Dhabi.”

During his time in Ubisoft, Gulati primarily focused on the company’s slate of mobile titles, including titles such as NCIS: Hidden Crimes and CSI: Hidden Crimes.

Savvy Games Group is 100 percent owned by the Saudi Arabian crown fund. Saudi Arabia aims to become the global hub for the gaming and esports spaces, and aims to create 39 thousand jobs in the industry by 2030. This strategy includes a $1 billion investment in Embracer Group in exchange for a 8.1 percent stake in the company. The group is also eyeing up a $13 billion acquisition of a leading – but unnamed – games studio. It’s likely that the group is hoping that Gulati’s proven experience will help to accelerate the growth of the industry within Saudi Arabia.

October 2022 is MENA month, where we’re highlighting the gaming industry in the Middle East & North Africa region. We’ll be hosting our PGC Leaders Summit in Riyadh from November 30 to December 1 this year.