Homa CPO Ioana Hreninciuc discusses the correct way to downsize, and how to minimise the risk of layoffs 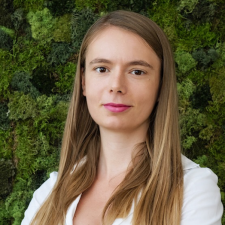 The gaming industry is quickly evolving to match the likes of film, television, and live music, and it’s easier than ever before to break into the industry. The prevalence of mobile devices means that it’s simple for developers to bring their game to market and find an audience, whether their goals are to break into mobile gaming wholeheartedly or transition into console and PC titles.

However, the tech industry isn’t immune to decline, and recently numerous companies have made layoffs in an attempt to combat this. Although layoffs can be a sad necessity, there are ways to mitigate the negative effects on employees,

On Linkedin, Homa CPO Ioana Hreninciuc wrote her personal views about how employers can help limit the impact of layoffs on affected staff, helping to build a company with a loyal workforce and maintaining the talent within a given industry hub.

“The fact that many companies are letting people go this week, but only one of them is being massively talked about shows how it’s not that you’re letting people go but also how you do it. Layoffs are always insanely hard and yet all long-lived companies will experience them at some point."

"If you have to let someone go for any reason, it’s always better to:

- Give them a soft landing if you can - severance pay or a longer term notice so they have time to find a new role. Some of the most diverse cities for talent have some of the highest living costs. Make sure there isn’t someone who trusted you, and then can’t pay their rent in a place like London/SF/NY/etc.
- Show people you care about them after they step out the gate. Give good references, intro people into new roles when they’d be a good fit, etc."

"Treating people well on their way out is one of the most important signs that you respect people’s value and effort above your own short term benefit or convenience. It makes your remaining team more loyal and motivated if they see you doing your best to protect people."

"It also shows you haven’t forgotten or can relate to what it’s like to be “just starting”. Early in my career my rent in London was more than both of my parents’ salaries combined and I had no financial reserves or security. Losing my role would have been disastrous financially. So I’d never willingly inflict that on someone.
Do we all know people who got fired because they deserved it? Sure. But does it feel better when everyone’s still treated like a human being with value? Absolutely.”

We spoke to Hreninciuc about layoffs, and how businesses can help to ensure that layoffs are a rarity.

Pocketgamer.biz: Firstly could you give a brief description of your background and current role?

I’m Ioana Hreninciuc. I’m Chief Product Officer at Homa, working on the development of Homa Lab, Homa’s data & growth platform that enables studios to create more successful games than ever, with access to the tool set of a top publisher. Previously I was CEO of GameAnalytics, where under my remit the company grew to be the most popular analytics platform for mobile games. Before that, my background is in data and cloud.

Do you think that career stability is an issue in general in the gaming industry? Or is it perhaps becoming one more and more of late?

Career stability is always tough in gaming because a title can simply be closed. Sometimes the decision is sudden, following M&A or a reorganisation. Sometimes a game is retired after a slow decline. But either way, game teams often have to change projects or companies. This is even more acute for indies, where the majority of studios don’t manage to have a breakout hit and have to close or reduce staff after investing in a game.

What fundamental changes would you like to see in the way companies structure themselves to help ameliorate the impact of job losses for example?

For large companies, working with freelancers can help to not over-hire and avoid heavy layoffs or complex personnel transfer between projects. The key here is to have a good onboarding system so that people can become productive quickly, and also great quality standards. Easier said than done, but it can be crucial to the business.

For indies, taking a more data-driven rather than passion-driven approach can help. Maybe don’t quit the day job before having a prototype that performs well. Start small, with a fun mobile game, don’t try to build a narrative RPG on the first try.

There's a PR issue at hand here too - surely what these companies are doing is making themselves unappealing to future talent. What are your thoughts on this?

Large companies tend to rely on the fact that future jobs will be desirable enough. If you have a great IP with tons of fans, you believe you'll eventually find someone to work on it. This may be changing with GenZ. There are more significant expectations of conscious leadership with newer generations that have grown up in dire straits financially. They may prefer to say no to an employer who doesn’t fit their values, even if they like the game or role offered. This feels like it’s inspiring millennials to do the same but millennials are at a crucial inflexion point where they’re trying to reach key financial goals like homeownership. In a few years, 5 or so, once these goals have been achieved, neither millennials nor GenZ may be open to these financial compromises and the race for talent could become extremely heated again.