Is it time for smartwatch gaming? 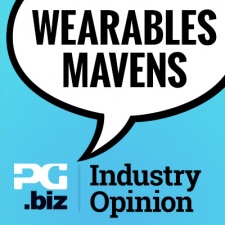 Whenever a new Apple device emerges our thoughts immediately turn to its potential for gaming, which is perhaps a little unfair given Cupertino rarely turns the conversation in that direction during the big announcement.

Take the Apple Watch, for example. Apple made no mention of whether or not we'll be playing games on it.

Obviously there'll be no first-party games, but the design crew squirreled away in Apple's R&D dungeon must surely have considered the possibility when putting together their first smartwatch.

Or maybe, as is typically the case, Apple is leaving that decision to its millions of happy developers to ponder. If it can be done, they'll be the ones to do it, and we can't help but feel there's some small potential in that wrist-mounted touchscreen to entertain, as well as inform.

We've already discussed the Apple Watch's commercial potential with our Mobile Mavens, who were cautious, while our Indie Mavens were more positive, at least on a business rather than personal level.

But what about those developers who are actively interested in wearable games and other non-traditional forms of entertainment?

Do you think the Apple Watch has any potential as a gaming platform?

Absolutely. This is going to be a massive device for gaming, however I think many will get it wrong by trying to shrink mobile experiences down to the watch. Which is a totally wonky approach.

When I built Pixel Miner for Pebble, I designed specifically for how smartwatches are used and how comparatively limited the input is. It was the right approach as the game hit number one and stuck there over Flappy Birds and 2048 clones.

This is going to be a massive device for gaming.

The Apple Watch, like the iPhone at launch, doesn’t offer much above and beyond the features of what already exists. It is much slicker, easier to use and better marketed than Android Wear for example.

Before the launch LG and Samsung, both Android Wear device manufacturers, went on record to say that they were happy about the Apple launch because it will expand their market. Which is a roundabout way of them say they can ride on Apple’s coattails with an inferior product.

Before there was lots of doubt and snide surrounding the Pebble or Android Wear and now that’s been blown away by Apple validating the product category. The device itself however looked a little clunky and you can see how that’s going to get refined over the coming years. The design language felt much like pre-4 iPhones; thick and very rounded.

It certainly has potential, but we'll need to cater to its unique strengths and weaknesses. In the same way that games like Angry Birds and Cut the Rope became popular for the iPhone because they used the touch input as a virtue, we'll need to figure out what works and what's comfortable for the Watch.

People won't be making FPSes or driving games on it, that's for sure. As for an accessory, I'm sure there'll be some games that do it but I'm always a little doubtful about that stuff; the market may not be big enough.

We'll need to figure out what works and what's comfortable.

We don't know the full details yet, but it'll be easy to develop for, and also it may end up being rather more powerful than Android wearables due to Apple's typically decent hardware/software integration.

Most importantly, it's going to sell boatloads, which is critical for developers.

I've used a number of smartwatches recently, including the Pebble and the Galaxy Gear Live. I'm pretty sure that the Apple Watch will do more than both of them, providing that you're fully into Apple's ecosystem.

I'm impressed by the fitness features and the general look. Of course, as a wearable there'll be people who hate the design and people who love it, but personally I think it's a decent start. I don't like that we haven't heard the battery details yet, but other than that I don't have many complaints.

I think it could work really well in the interactive narrative space! It’s an impressive piece of kit but personally I like my watches round.

A round one please Apple!

I do think that the Apple Watch has gaming potential. There are over a million apps in iTunes with a lot of those being games. There are a lot of gaming companies that are trying to differentiate themselves - if you can come up with a good game that incorporates the Apple Watch that would be a perfect way to achieve that.

A game on the watch would have to be pretty simple, though that doesn't make it impossible.

A game on the watch would have to be pretty simple, though that doesn't make it impossible. Look how simple Flappy Bird was and that was a big hit!

That being said I would think most games for the Apple Watch would use the watch as user input. Something like bowling, using the watch to roll the bowling ball or darts. Another idea would be using it for answering trivia questions - perhaps your watch will let you choose an answer to questions that are broadcast to everyone in a room on TV.

Apple always has the advantage of simplicity, where Android allows companies to be more creative with Android Wear, I imagine that the Apple Watch will be incredibly simple to connect and use giving it a lot of mass appeal.

Everything looks pretty impressive at this point without actually using the Apple Watch. I'm looking forward to checking out the user experience. It will be so important for an Apple Watch to be easy to understand and use.

I think any gadget has potential as a gaming device, for example getting my toaster to make toast that isn't warm bread or charcoal is a more challenging game than Dark Souls. I can certainly envisage simple one-touch games working well on the watches, especially if it's very easy to pick up and put down.

The crown control seems to offer a novel solution to interacting with such a small screen.

The biggest thing that stands out to me is the lack of fragmentation. If a game or app runs on one Apple Watch, it will run on all Apple Watches. The same is not true for Android Wear, where there is already a suite of different processors and screen sizes to deal with; a situation that will not improve as even more manufacturers enter the market.

From what I've seen Apple's innovation of the crown control seems to offer a novel solution to the difficulties of interacting with such a small screen.

It does seem very expensive though, although that's a criticism levelled at most Apple devices and it's not done them any harm so far. I was hoping for something a bit more "revolutionary" for the form of the watch, but maybe Apple is saving the fancy curved screens for the second or third generation.

Why Apple Watch won't hit its stride until Q4 2015