From Whales and Dolphins to Money Dodgers and Explorers: What's the point of player archetypes? 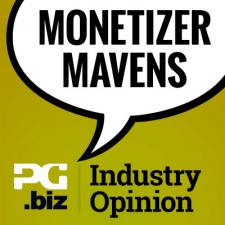 While monetisation is often discussed in hard numbers, there's also value in talking about players - whether data-driven segments or more annedoctally-described.

So this week, we asked our monetisation experts:

While the classic minnows, dolphins, whales characterisation appears to have fallen out of use, how useful are more nuanced player/payer archetypes when it comes to designing monetisation strategies for your free-to-play games?

Or do you prefer to ignore descriptive terms and instead focus on the more abstract/numerical segmentations provided by your analytics packages?

I don't agree that the minnows-dolphins-whales classification has withered away. If anything I'd say it has somewhat shifted towards the upper end of the spectrum by the introduction of terms such as killer whales and moby dicks, to properly categorize the increased spending by top payers.

Two years ago, I was seeing 70% of revenue concentrated into $100+ spenders only in niche, mid-core games, but a few months back Swrve reported that this has essentially become the industry average with 64% of revenues being generated by the top 10% of spenders.

I still find the minnows, dolphins, whales terminology quite useful.

Of course, when we look at predictive analytics for answers, it's never as simple as "How much has this user spent?".

There's a lot more parameters influencing good classification of players into clusters, but for the purpose of pre-production and game evolution discussions, I still find the minnows, dolphins, whales terminology quite useful.

It's usually very handy when you're trying to illustrate what a concrete design is trying to accomplish or when you're explaining to a team why a specific KPI goal for an upcoming sprint makes sense.

To me, the descriptive terms used, in themselves are not important. I often times run into to devs/studios using a terminology fitting either the specific game or some inside joke related gibberish.

A lot of studios crack open analytics packages and instantly sweep for the $ signs with a butcher knife in hand.

But I think 'more nuanced player archetypes' is exactly what we need to do - or at least explore further.

In my experience, a lot of studios crack open those analytics packages, mounting the binoculars and instantly sweep for the $ signs with a butcher knife in hand, ready to slice every single cent in there, throwing them into boxes, labelled various oceanic creature names.

Depending on the game I suggest defining more archetypes e.g. The Money Dodgers, players doing everything they can, not to pay.

I'm suggesting that studios focus some energy, trying to understand the non-spenders, and especially the people willing to share, see ads, upload replays to YouTube - you name it.

I would like to see new takes on, rewarding these players for their engagement and their seemingly evangelist behaviour - not falling into the path of trying to convert these player into spenders, but explore how you can get these players to directly or indirectly convert others.

In my projects we've used the term whale when discussing game design, but when looking at spending segmentation things tend to be more nuanced.

When I read article about 'whales' the definition is always way lower than I'm used to using.

From my experience it's very important to ask why people should buy the stuff in your game. Identifying or creating needs for different kind of players.

If you know, or at least estimate, why your player spend money and which needs you want to focus on you can setup a monetization strategy accordingly.

I would rather think about [whales] as very invested players.

In general I think you should avoid spending caps as much as possible. If somebody is really invested in your game and willing to put a lot of money in it, make it easy and rewarding.

If somebody just wants to spend a few bucks make sure he's able to do just that. There are some very elegant mechanics with dynamic pricing structures that can fit a wide range of pricing tiers.

So if I really wanted to make a monetization focused on whales I would rather think about them as very invested players and try to identify their special needs like maybe expensive bragging rights, min-maxing and high level optimization of their play or social mechanics for their guild.

In hindsight, identifying your biggest spenders and addressing them more selectively can, of course, be a good way to identify their needs more specifically and maybe update your game accordingly.

It's nice to hear all of your great insights as usual. I think terms you've outlined still make sense as a high level description, but I think that publishers should be moving to more detailed segmentation that's based not just on what players have spent (or not spent) in a game, but also what the circumstances are around their behaviour.

For example, you could have a 'dolphin' who's spent $30 on IAPs, but last spent more than 3 months ago, is still highly engaged in the game but has not spent much of his balance of virtual currency.

I think the era of the 'ad whale' is upon us.

This player, although still technically a dolphin, is a lot different than a player who just spent $30 yesterday, and you'd want to treat them very differently.

The timing of purchases and their subsequent behaviour around IAPs is also very relevant to what that player may want or need next and I think players have to be grouped accordingly.

Given that the vast majority of players will never make an in-app purchase, I also think it's critical to understand and segment non-paying player behaviour.

Rewarded video provides publishers with the opportunity to drive more revenue, but to do that optimally you really need to understand who's using it and who's not. I've heard from publishers that their players are starting to complain about not having enough opportunity to watch videos for currency.

I think the era of the 'ad whale' is upon us. This is a huge opportunity for increased revenue, but again players need to be analyzed and grouped properly so that they can be offered what they want in the game.

Overall having greater segmentation capabilities combined with the ability to actually engage these players with the right offers leads to much higher player satisfaction, overall engagement and revenue.

I would encourage publishers to think well beyond "minnows, dolphins and whales" and think more specifically about where players are in their overall life cycle, and then take the steps to give players what they want to keep them playing (and generating revenue).

I’m not a big fan of these one-dimensional views of players. Player segments are only helpful if the players share similar characteristics and this gives you some insight to make decisions on how to improve the experience etc.

There are very different types of behaviors even amongst small groups of whales. And these segments tend to be very uneven with a big bunch of undifferentiated players (eg non spenders).

Although it takes a little more work, a multi-dimensional approach is better. See if you can recognize these player types and imagine the sort of experiences they are having.

So you can start to plan player management strategies in the game design as well as in your messaging strategies. These segments are fairly consistent regardless of the game genre.

So my thoughts are certain segments are ok for reporting what has happened … minnows, dolphins, whales etc but much better is to use richer segments to plan your gameplay and put yourself in different players’ point of view.

Game IP versus entertainment IP: Which is best for mobile games?

What's the correct order of Acquisition, Retention and Monetization for F2P games?

Why the immediate success of Fallout Shelter can't be sustained