Is there still a mass market for pixel art games? 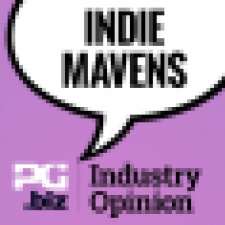 Blake Reynolds is an artist who works at indie studio Dinofarm Games.

After launching grid-based tactical game Auro on iOS and Android, Reynolds found that a significant number of people were calling the game "pixelated," either as a criticism or as a general description for it.

Reynolds reasons that, in an age of HD art, pixel art is misunderstood either as a mistake or as a means for a game to come across as a retro title.

Therefore, Reynolds thinks it would make better business sense to work with HD art nowadays as people immediately understand it and find it attractive if done well, whereas pixel art may put up unintended barriers.

We thought our own Indie Mavens would have something to say on the matter and so we decided to throw them this question:

"Do you agree with Blake Reynold's notion that pixel art doesn't speak to a wide enough audience to make business sense when developing a mobile game these days?"

I disagree completely. I think it's telling that his article didn't include some of the more high-profile modern pixel art successes, such as the outpouring of support for Hyper Light Drifter.

The key, though, is to see pixel art as a style choice and ask what it's offering to you, your game, and your audience, not just default to it for nostalgia.

Pixel art doesn't suit most or even almost all games.

In Moon Hunters, we use pixel art as one of many elements (the color palette, the language, the setting, the gameplay) to evoke a more 'mythological' lens for the player. For some it will also include nostalgia, but we are purposefully pushing our technology -- lighting, particle effects, transparency, etc -- further than it ever could have gone, "back in the day".

There will always be some people who dislike some of your choices, but if it's consistent with the player experience you're creating, some others will love it.

It's highly likely pixel art doesn't suit most or even almost all games, but neither does painterly or vector art. Every element must work together.

No disrespect to the author of the article but I don't think he presented a convincing case that people don't like pixel art. It came more across a hint of bitterness that he put a lot of care into his pixel art and their lack of success was partly blamed on that art.

Personally, I like where the industry is at graphically.

Success and failure come down to a lot of different often uncontrollable factors. Placing too much emphasis on what players think of your graphics is probably giving that aspect too much credit.

There's plenty of wildly successful pixel art games just as there's an abundant of unsuccessful game with beautiful HD artwork. I'm not saying people will completely ignore bad art if the gameplay is great, just that it's all part of the tapestry.

Personally, I like where the industry is at graphically. People are pulling off into all sorts of different directions. Many people digging out their own niche with their own styles. As always I think if the conclusion anyone draws is to follow the successful trend rather than building your own market you're not really doing what indies do best.

I don't think there's much of a link here. How many games can you think of that were highly successful that had simple, pixel, or low definition art? I can think of a lot.

And I can think of a lot of recent games that used pixel art specifically and were really successful. Even on mobile.

**** WARNING: EDGY JOKE INCOMING ****
You know what game failed because of its terrible low definition art?

(insert whatever other title you can think of, there's lots more)

I can't say it's a wise decision to give up making great pixel art and to blame the art for being a reason for a paid (and quite expensive for mobile) pixel art game just released into the wild for iOS nowadays that didn't blow up the charts.

From giants like Minecraft and crowdsourcing sensations like Hyper Light Drifter to somewhat smaller yet successful projects that are blowing up mobile and desktop charts for a while now. Some games are blowing up console charts and they are pixel art too.

Art is only a part of a game and if the game is done right, when a game is fun and players easily fall into the game flow, it may have a surprisingly huge audience.

Yet, of course, developers shouldn't think in past terms and be up to date, understanding minds and tastes of a modern player/games which is very unlikely to pay for a game unless a whole number of criteria is met.

That's why we at Happymagenta, being a very small studio, are going to release our years-in-development Joan Mad Run "post pixel art" game as a free one.

Although a try-out-demo version of it, John Mad Run, has got a few hundreds of thousands of users we saw that we can't release Joan as a paid game.

That in its turn required us to try many combinations on what the game should be as a free one to keep it fun for a somewhat wider audience. And the art style is not the main thing in here - we just can't afford ourselves to release just a piece of art not taking into account what happens nowadays.

So, if you are into making games, keep doing great stuff, pixel art or not, and when your great product will meet market and player expectations your efforts will be paid off regardless the art style.

As someone that bought Reynold's game, Auro, in big part because I thought the pixel art looked great, I find it hard to agree with the article.

I think it's important to remember as creators that the public response in reviews is always going to emphasize the negative first and not what's good about a game.

It's hard to gauge how many players may have been drawn to the game because of the art style compared to how many were turned off. A developer definitely can't figure that out based on app store reviews alone.

I don't think that article is worth talking about. It gained all of these shares, but it wasn't saying anything new.

Ultimately the art (pixelated or not) must fit into a package that makes sense for the audience.

I don't think it's about whether pixel are is "bad for business" or not. There are many counter-examples, as the others have mentioned. Ultimately the art (pixelated or not) must fit into a package that makes sense for the audience you are targeting.

There are plenty of people that can spot good art and don't need everything to be HD, and if that's what your games are, then you need to seek those people out.

The market does have idiosyncrasies though, and you have to know about them and correct your course as you go. If people thought their game looked retro, but that wasn't the goal, the communication with the customer broke down somewhere.

Pixel art may be the problem, but that doesn't mean it's *always* the problem, so I am very reluctant to draw any conclusions from this article.

Pixel Art is a digital medium in games. Just as brick is in architecture, pen is in writing, and watercolour is in painting. It is one element that adds to the final creation.

In the best products, a medium is not isolated. Rather, it is interwoven with the fabric of the output. The creator needs to decide which mediums to use to best support the interpretation of their game.

As with all mediums, the rise and fall in popularity is inevitable. However as Kepa Auwae states, you only have to look at the volume of popular pixel art games to see that it still has an audience.

If a fantastic game is supported by pixel art as it's medium, then there is no reason why it shouldn't be a success. Granted, the target audience won't be as big as commercial products like FIFA. However, it would certainly be large enough to make good business sense.

With an affinity for eccentricity, as well as anything macabre or just plain weird, Chris searches for the games that fly under the radar. If you ask him, anything can be a game. Oh, and a game can be about anything, if you put enough thought into it. So, there.

Why should anyone care about your game?

What's the point of the IGF Awards anyway?

How important is playing other people's games for indie developers?