Can mobile games head successfully to the movies?

Our Mavens settle back with a large cup of popcorn 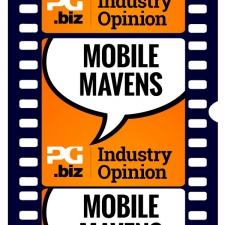 Movies and games have had a long and sometimes difficult relationship.

But they've come a long way since the days of Bob Hoskins in Super Mario Bros and Kylie in Mortal Kombat.

Some of the Lara Croft and Resident Evil series were okay, and Jake Gyllenhaal's muscles shone in Prince of Persia.

So what are your thoughts about the animated films of Angry Birds and Cut the Rope due in 2016?

Given the massive downloads these games have already generated, are these just vanity branding activities, or can movies still provide an opportunity for mobile games brands to extend their audience?

Which mobile games would you like to see a movie made from?

Any branding extensions like merchandise and movies, by definition, extend that character or IP to a new audience, so if a mobile IP is good enough to mix it in this world, good luck to them!

Now that Uwe Boll has turned his back on making movies based on games, I guess I'll never get to see his take on Cut the Rope; maybe they can get Spielberg, now he's finished the new Jurassic Park?

I don't think we have moved on at all from terrible 1980s movies of games franchises; we have just replaced them with more modern terrible films. Try 2006's Alone in the Dark for starters.

It's hard to comment on Angry Birds and Cut the Rope movies, as they are not going to be aimed at our age group, and so it's likely I won't see it. But if they are good and kids enjoy them, why not?!

As for mobile games as movies, how about Chippie the Movie - the gritty urban tale of a chip shop owner as he struggles to fry enough fish, sausages and chips to satisfy an ever-growing number of hungry customers - whilst battling daily health inspections and the pressure of adding the right condiments to each order?

Starring Ray Winstone as Chippie and James McAvoy as a twitchy and passive-agressive Scottish chip-lover.

“a twitchy and passive-aggressive Scottish chip-lover”

For terrible movie tie-ins I raise you In The Name of The King: A Dungeon Siege Tale staring Jason Statham as 'Farmer' as possibly the worst film/game travesty of all time.

I forced myself to watch it on Netflix recently.

The problem is that most game narrative content is relatively poor, relying on our autonomy, competence and suspension of disbelief to make up the gaps in the quality. Additionally, players are rarely the actual protagonists occupying a curious Actor/Observer role instead. You can't make a great film out of an average game storyboard.

I do think is possible to make great content which leverages the universe ... of a game but taking its own path as a movie.

However, we are brilliant at creating experiences people feel immersed in so I do think is possible to make great content which leverages the universe, even the characters of a game but taking its own path as a movie.

Personally I loved Forward Onto Dawn, set in the Halo world with a Master Chief character appearing only really at the end to save the day. He isn't the important character if anything he is the MacGuffin of the piece, and the story revolves around the trainees who are unprepared for a Covenant attack.

Films of mobile brands were inevitable and Angry Birds and Cut the Rope make a lot of sense. Simple cartoon characters which should easily translate to cartoon.

Indeed I personally enjoyed the cartoon content which Rovio put out themselves within their games. Simple accessible humor that worked for all ages and which resonated with the brand.

That's key for me. Express the brand in the new media rather than try to replicate what the old media did.

...and sadly most of it will be terrible.

I don't know about mobile games … but the opening (and conclusion) of The Last Of Us is superior to any zombie movie or television show out there.

THAT should be made into a movie.

How about a Flappy Bird movie?

Branching out into film has little to do with brand awareness, I believe.

Making films is a nicely profitable, generally risk-free venture, since you can practically pre-fund your entire film. Especially if you have a well-known brand you can exploit (hence moving into film as a known game brand is so widespread).

These films are not made for artistic purposes, they're not made to "widen the brand audience" – they're made for profit, pure and simple.

Which is why so many of them suck!

Oddly enough I'm running a panel on this very question at the Edinburgh International Film Festival in a couple of weeks.

Film makers have a lot to learn from games. Film distribution is archaic. Despite the move to digital prints, they still focus on going to a large building, with a big white wall and a shiny light in order to consume their content. The idea of watching a film on a mobile device is anathema to many film makers.

Despite the longing to be bigger than Hollywood and treated as seriously, the reality is that the links between film and games still tend to be licensing focused and just shuttle brands back and forth.

As such the Angry Birds and Cut the Rope films make perfect sense as they will extend the brand out to people who have either stopped playing the games, or have yet to play them. As animated films, the costs are far lower than a live action movie and it positions is perfectly for playback on mobile devices.

The challenge is to start film makers looking at apps and games as extensions of their film. Documentary feature makers can use the archive material and research they can't fit into their movie within an app which creates a completely different experience which works alongside their feature.

I'm still convinced that film and games have yet to reach anything like a real understanding of each other.

Film makers can use apps in entirely different ways to solve distribution, add additional narrative and transmedia elements to their films, promote and market the movie and even create additional revenue streams.

While it gets more funding than games (certainly in the UK), the majority of films are not profit generating powerhouses. An indie film maker in the UK, who gets out to the approx 300 indie cinemas, with 2-3 screenings apiece, can expect to walk away with maybe £900 in their fist after 4-5 years of work.

Then, streaming/DVD rights are a real pain for smaller movies.

I'm still convinced that film and games have yet to reach anything like a real understanding of each other, let alone start exploiting their individual benefits.

Oh, and the film based on a mobile game which would sadly, yet unsurprisingly make by far the most would be Game of War, focusing less on the war and more on the diaphanous nature of Kate Upton's dress...

(Twitchy and passive-aggressive indeed, Ozimek!? Come up here and say that. I'll take a battered sausage to you)

Too often are game tie-ins treated like a shallow cash cows.

"The challenge is to start film makers looking at apps and games as extensions of their film."

This and this again. Too often are game tie-ins treated like a shallow cash cows and not with the respect they deserve.

It would be great if we had game releases with a strong narrative that genuinely adds to the film's world and characters.

Instead what we get is a weak and soulless match-three or free running game that's been hacked together by a low budget studio for fifty grand.

10 years of Pocket Gamer: Mobile Mavens discuss where we've all come from

What can the mobile games industry learn from Fallout Shelter's success?