Why the immediate success of Fallout Shelter can't be sustained 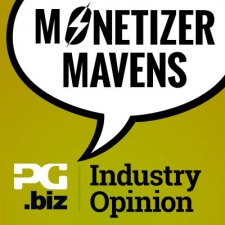 When it comes to Fallout Shelter, there are two positions you could take.

It's a simple version of Tiny Tower using the Fallout brand that's hooked the attention of its hardcore player base thanks purely to its brand and surprised everyone in the process.

Or, it's a sophisticated marketing operation which is combined with a clever obscurated hard currency system - you can't buy Caps directly, only as part of a package?

In that context, we asked our Monetisation Mavens:

What's the truth behind the immediate success of Fallout Shelter, will it last, and what can we learn from it?

The game is being downloaded a lot because of a massive multi-million dollar brand marketing campaign at E3.

A quick look at the charts tells you it isn't monetising as well as long term success mobile games on a per-user basis.

Core gamers are exceptionally fickle, and Bethesda don't have the capability to put in place a user acquisition campaign to retain chart position once the organic installs fall away.

It's not sustainable, but it looks like it's going to be very profitable. The model is probably repeatable for 3-5 of the other biggest triple-A console franchises.

The announcement was completely unexpected and the public did not have a chance to react and judge the game before release.

Announcing a same day worldwide release was probably the best thing they could have done to capture the fans attention and prove they made a good F2P game that doesn't taint the Fallout series or annoy the core player base.

I'm pretty sure everyone watching (including myself) were scrambling for their iOS device to check it out for themselves.

It was clever of Todd [Howard] to list the names of well-known premium titles such as XCOM and FTL when drawing a comparison to Fallout Shelter.

Keeping the gameplay demonstration short and sweet by highlighting the much loved Fallout humour, likeness and acknowledging their soft touch approach to monetisation was also a good move by Bethesda.

Todd Howard's comments such as "no paywall timers", "If you build something, its instantly built" and "You don't need an Internet connection to play" were what these players wanted to hear.

It was also clever of Todd to list the names of well-known premium titles such as XCOM and FTL when drawing a comparison to Fallout Shelter rather than similar F2P titles such as Tiny Tower. Again, a wise move given the audience.

Regarding the monetization in Fallout Shelter, Hearthstone will likely be a big inspiration given their success and hardcore following.

With little pressure to monetise, the choice to spend is very much the players decision and a more pleasurable experience. Using a magic box mechanic (Lunchbox) as the sole real world money purchase option (that contains items, resources and currency rewards) keeps the door wide open for repeat purchases.

Like Hearthstone, as Fallout is a much loved franchise, Bethesda really needed to hit the nail on the head to please both casual and core gamers alike.

The game announcement had a pretty good response from the audience and I'm sure once Fallout Shelter hits Android devices Bethesda will be rubbing their hands.

Hopefully this will open the eyes of a lot of hardcore players that frown on F2P and show that it can be a pleasurable gaming experience.

The gap between core and F2P/mobile players only exists in the tombs of internet analysis.

Fallout Shelter is successful because the brand drove a ton of installs and the team that made the game did a great job.

RPG mechanics are a great fit for monetization so perhaps it's not surprising RPG fans are so apt to monetize in a well-executed experience.

That said the success is probably not sustainable as the game simply wasn't built for the long run and I think it's a safe bet we'll see their top grossing position decay slowly yet surely over the next few months.

The big learning from this, in my opinion, is (yet another) reminder that the gap between core and F2P/mobile players only exists in the tombs of internet analysis and discussion.

In real life the vast majority triple-A fans don't give any thought to whether playing a F2P mobile game fits with their 'lifestyle' or 'type.' They, like virtually everyone else, will keep playing a game they enjoy regardless of what box it fits in.

Fallout Shelter simply did a whole bunch of things right:

I hope the things Bethesda did with Fallout Shelter will ripple through the industry.

I'm really excited about all the things Bethesda did with Fallout Shelter and how I hope they will ripple through the mobile game industry. Make a great innovative and accessible game that extends the brand, respects your core audience and brings new players.

Make it truly free but make spending money fun and feel like good value. Use your existing marketing machine to explode onto the market in a way that makes headlines and gets fans into a frenzy (not as easy for other brands that don't have a top console IP, of course).

Kudos to Bethesda. They've proven that the mobile market isn't as stuck as some may think.

Like the others I too think there are some very interesting factors playing into the 'instant' success of Fallout Shelter.

Echoing what Mark said about it being unexpected surely plays a large part in this.

I would, obviously, like to have a look at the metrics of who these spenders really are, and how many of these would be first time mobile spenders - as I would imagine there would be significant chunk of people that, if not never, then seldom spend in F2P mobile.

But Bethesda, as Mark stated, went out and almost made it sound like:

"You know all the crappy features you hardcore desktop and console users hate on mobile, we've left those out - we won't force you to spend - its merely intrinsically motivated purchasing experiences."

..And they were right, one the surface it is much catering to the hardcore audience, with no paywall timers etc.

But as with any other, non-casual game, not chopping up the play session, like any other top-grossing game, the content/steam will run out, and unless you continue creating 'new experiences', then people will stop spending, if not stop playing.

When writing this Fallout Shelter is 'already' climbing down the ladder again, with a #9 overall spot on top grossing in the US.

I, like Ben, do not think it will stay up there for very long, but it sure does look like this overall was a great investment for Bethesda.

From Whales and Dolphins to Money Dodgers and Explorers: What's the point of player archetypes?

What's the correct order of Acquisition, Retention and Monetization for F2P games?

Reply
Markus Råmark
Based on our (GameRefinery's) GAME POWER SCORE analysis, Fallout Shelter has 8% probability on sustaining the TOP10 position in iOS US Top Grossing with the current feature set.
Posted 7 years ago

Reply
jon jordan
Thanks for the data, Markus.

Interesting approach, although I guess it depends over what timeframe?
Posted 7 years ago