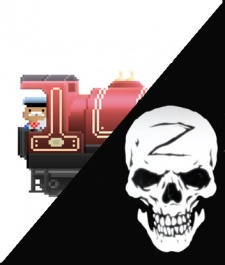 Having carried out more than 20 Monetizer columns, I'm starting to see patterns.

The minimum IAP transaction is slowly rising, with $4.99 now being the standard for some publishers of core genres like RPG and card-battlers.

In this week column, however, I'm looking at two games which demonstrate very different in-app economies.

In the cheap seats

US developer NimbleBit is one of the pioneers of making money from games you give away.

With releases ranging from Pocket Frogs, Tiny Tower, Pocket Planes, Nimble Quest and now Pocket Trains, all its games share a philosophy in terms of their graphical presentation, gameplay and IAP economy.

And, unlike the current wave of F2P games, NimbleBit limits the range of the available IAPs transactions in a way that seems almost shocking.

For example, in Pocket Trains the most expensive single transaction you can make costs $9.99.

That's not to say that the game has a simple IAP economy. It has three hard currencies; Bux and Crates, the latter being available in Normal and Special flavours.

Discount Currency ratios in F2P games typically range from 1.3 to 1.8.

There's also one soft currency - Coins - which are converted from Bux, and used to build new tracks and open up new continents for play.

When plugged into our Monetizer process, this results in Pocket Trains gaining the lowest score we've ever seen - 0.25.

This is mainly because the lowest maximum IAP transaction is $9.99, which is ten times less than the typical $99.99 option.

The only game I've seen which matches this is Yodo1's Cavemania, which has the same maximum IAP value, but its gameplay is based around consumable items, so has a different dynamic in terms of how its economy works.

And even Cavemania scored 12 in terms of its Monetizer ranking.

Given this, it's little surprise that Pocket Trains doesn't score highly in terms of our Success ranking.

We count 0.01 and above as a measure of commercial success.

Yet, given the game's economic set up, I'm surprised it's performed as well as it has, even managing to reach #15 in the Finnish top grossing chart for iPad.

G is for Gatling Gun

The Unreal-powered title sees you kitting out vehicles with high-powered weaponry and mowing down zombies as you drive through ghostly urban decay.

BX is the harder currency, ranging from $0.99 for 100 BX to $99.99 for 13,000; interestingly this matches Clash of Clans' hard currency ratio - something that we considered recently.

In terms of our Discount Currency ratio, both Z dollars and BX rank at 1.3.

So far so normal, you might be thinking, but Gunner Z has plenty more options for players who want to pay.

As many games (including Pocket Trains), it has incentivised video adverts that gain you 6 BX (worth around 6c) or Z1,000 (around 1c) when you watch them, as well as standard interstitial ads.

There are also a range of permanent items ranging from the standard Money Doubler ($4.99) to armor, ammo and gun items, and the Mobile Repair Technician (a whopping $24.99). There are two bundled item packs too - priced at $4.99 and $8.99.

More generally, BitMonsters is currently running a sale on its hard currencies making its $8.99 and $39.99 offers for both BX and Z dollars better value per dollar spent than its $99.99 offers. (Taking these into account raises the game's DCr to 1.9 for BX and Z dollars.)

All-in-all, it has one of the most sophisticated in-app economies I've seen.

Interestingly, though, because of the way our Monetizer process is set up, the game scores fairly low - 60. We consider games with a score of more than 100 to be highly monetised.

However, as I've always pointed out, Monetizer is a process not a conclusion and in that respect Gunner Z - which is clearly a highly monetised game (not a moral judgement please note) - will provide a good data point to finesse the approach.

As for the game's success, it doesn't rank much higher than Pocket Trains has.

What's interesting about comparing these two games is that they've experienced roughly the same level of success in western markets, despite a radically different approach to their IAP economy.

As significant - for me is least - are that the differences between them haven't been reflected in their Monetizer ranking; more homework...

But if nothing else, the games do make it clear that there's no right or wrong way to make free-to-play games.

In their differing ways, the monetisation techniques of both Pocket Trains and Gunner Z are well integrated in terms of their respective gameplay and target audience, even if neither have found the scale of audience their creators would have wished.
Don't miss out on Pocket Gamer Connects Toronto, July 6-7! Network with 750 industry professionals and be inspired by some of the world's leading brands in games. BOOK NOW and save up to CA$220 before prices rise at midnight on Thursday, June 30.
Tags: