Monetizer: Why the 'third builder' bottleneck is crucial to monetising Clash of Clan clones

A natural paywall that leads to the first IAP 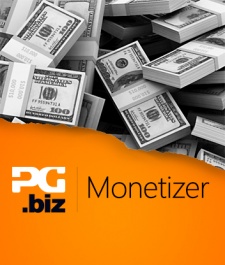 Sherlock Holmes measured the difficulty of his detective cases in the number of pipes he had to smoke before a solution arose.

A 'three pipe' problem was a real stinker.

For developers of that most popular mobile game the strategy city/army-builder - aka Clash of Clans clones - 'the third builder' free-to-play mechanic is just as crucial.

Yet - before we start explaining this - if we want to be precise, the mechanic is not always described using the term 'builder', nor is it always the third 'builder' that's the issue.

In some games, we need to look to the 'fourth carpenter' mechanic. In others, the second constructor (or stretching our genres, the third garage).

What is important, however, is that in many of these games, our shorthand descriptor - the 'third builder' mechanic - marks the first 'hard currency' gate a player encounters.

As soon as any player of a free-to-play game begins to play, the developer starts to use subtle (and perhaps not so subtle) inducements to persuade them to spend some real cash to get more in-game currency.

But, because developers should want to provide a nice experience during these early play sessions, this is typically a soft sell.

At the start of F2P games, sensible developers exercise reciprocity - rewarding players with relatively large amount of in-game currency (both soft and hard) to enable them to unlock and create new building and units quickly.

And that's why the third builder mechanic works so well.

At the start of such games, the player has more resources than they can actually use. Indeed, this state of grace may continue for the opening days of play because the developer wants the player to really enjoy their experience.

At this stage in a player's lifecycle, retention is more important than monetisation for most developers, especially if they've been spending hard on user acquisition.

There's nothing worse than buying user for $3 only to see them leave after day two.

But it can't last forever, and that's why the third builder is such a strong mechanic. Builders (or carpenters, constructors, builder robots, masons etc) are a bottleneck to maximising a player's resources.

So in the classic third builder situation, players will be able to unlock their first two builders with little effort; typically during the game's tutorial.

And at this stage, having two builders is just right because building or upgrading things take minutes, not hours. The nice developer will probably also have provided some hard currency for free so the player gets used to speeding up the process.

But then the player starts to notice that their soft currency reserves are maxing out while they are waiting for their builders to complete their tasks.

Currency to spend but all the builders are busy

Of course, as happened with the transition from one to two builders, the player looks to see how much it will cost to overcome this bottleneck. For the sensible developer, it won't be a lot but it will be more hard currency than the player - at this stage - will have been able to grind from the game.

So the choice become spending around $5 to buy the hard currency required to unlock the third builder and speed the game experience.

In many ways, then, this decision sits at the heart of the free-to-play business model. Indeed, I'd go so far as to say it's the single most important metric you can track, especially when your game is in soft launch.

If a player has got to the stage where they are at the most enjoyable point in your game (or should be if you've designed it right) and doesn't decide to spend any money to improve that experience, they are very unlikely to ever do so.

They will either stop playing or decide they are happy just to grind out resources.

Conversely, if they do decide to spend money at this point, you know that there will be high probability this won't be their last in-app purchase. (Again, assuming you've designed the post-third builder stage of your game well.)

Given this argument, it's fascinating to see how well games use this mechanic.

As in so many respects, Supercell's Clash of Clans is the examplar; certainly I am not the only person who opened the door to $50+ of IAP spending by deciding to buy 500 gems ($4.99) to unlock the game's third builder.

Given that's the case, it's little surprise that many games follow Supercell's lead.

In the above cases, we can see that the third builder cost is neatly linked to the game's IAP transaction bands.

This isn't always the case, however, as we can see from developers who are monetising the mechanic much harder.

Note, in both these examples, the cost of the third builder in hard currency is more than what you receive via the $4.99 transaction, forcing players to buy the $9.99 transaction if they don't have any currency reserves.

Another example is provided by Kixeye's Backyard Monsters: Unleashed, in which the third builder is a direct in-app purchase of $5.99, rather than something you can buy with hard currency.

At least that keeps the transaction motivation clean.

And given the importance of the third builder mechanic, I'd expect to see plenty more innovation when it comes presentation and operating this monetisation technique as we move into 2014.