One of eleven finalists 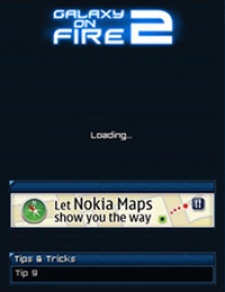 It's searching for "the coolest ad-enabled mobile application". It's unclear what exactly Fishlabs was nominated for, but the screenshot alongside its entry in the finalists announcement shows ads within its yet-to-be-released Galaxy On Fire 2 game.

Fishlabs is the only mobile games company to reach the final eleven, although apparently Digital Chocolate, Tapulous and Smule were among the 108 entrants.

The award's jury will now choose the winner, who'll get a free trip to the Mobile World Congress show in Barcelona next February.

Smaato has its own mobile advertising platform, called SOMA, although we can't tell if using SOMA was a pre-requisite for entrants in this contest or not.