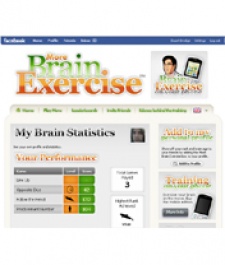 You can find the Facebook version here. It's just been launched, so has less than 80 active users at the time of writing.

It's clearly had some effort put into it too to make use of Facebook's social features. Users play a series of mini-games, trying to improve their score as they progress. 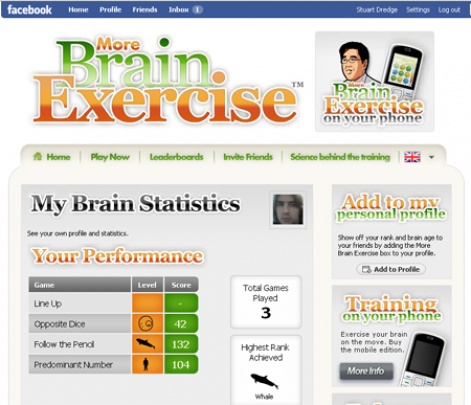 However, the app also pulls in your friends list to show how your score compares to them, with the ability to display your rank and brain age on your Facebook profile.

Naturally, there are prominent links and buttons to buy the mobile game, but once purchased, that too can be connected to your Facebook profile, allowing you to upload your mobile scores into the Facebook version. That's the clever part.

Namco Bandai is just the latest mobile games publisher to experiment with Facebook applications. Digital Chocolate got their early with Tower Bloxx and followed it up with the Party Island community.

Meanwhile, Gameloft has launched a series of Facebook games, and I-play has more than 485,000 monthly active players of Bubble Town, although the publisher recently provoked player protests by launching a Duracell sponsorship campaign within it.