And location-based services too 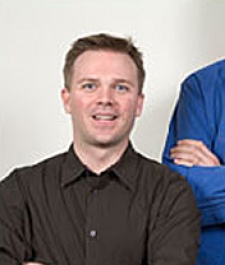 The survey, conducted jointly with mobile social network Limbo, asked 1,000 US and 1,000 UK mobile users about their mobile surfing habits, and their recall of mobile advertising.

It found that while 33 per cent of all mobile users recalled seeing mobile ads in the last three months, that figure rose to 41 per cent for iPhone users.

But here's the thing: iPhone users are four times as likely to see an ad while playing a game as regular mobile users. However, this may be because there are more free iPhone games with ads in, compared to the lack of ad-supported games on operator portals for other handsets.

The survey also found that one in three consumers who recall seeing a mobile ad responded in some way, but that this rose to one in two for iPhone users.

Other findings: iPhone users are more than twice as likely to browse the mobile web as non iPhone users, and more than three times as likely to use a location-based service or social network (again, these are more common on the App Store than on traditional operator portals).

"We found that the iPhone users are not only more accessible, but are also more aware of all mobile ads including those outside of the typical SMS and mobile Web formats," says Limbo CEO Jonathon Linner (pictured).

"In addition, this report shows that other mobile ad formats, including location-based services, are growing and gaining traction, with iPhone users serving as the early adopters."