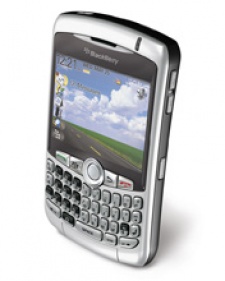 February 11th, 2009 - 03:20pm
By Spanner Spencer
RIM has been working hard to get back into the smartphone market after it - along with so many others - was unceremoniously ousted by the iPhone. The Bold (or Storm, whichever you prefer) hasnt performed as well as hoped, mostly due to bugs in its operation, but the Boy Genius Report has now revealed details on an updated Curve handset.

The device is being pegged as the Gemini, which translates as the 9300 for those familiar with the BlackBerrys hardware numbering preference. The fact that its still carrying the Curve banner suggests we can obviously expect a similar style of reduced-size handset with full QWERTY, though a few aesthetic choices have been made.

But its also boasting a higher screen resolution, more powerful CPU (no exact details on which one yet), quad-band and tri-band, GPS, and connectivity through wi-fi and 3G.

No details on pricing or a release date, but if it doesnt take too long to appear and manages to forge similar ground to its predecessor, the Genimi 9300 could be just what the modern business professional is looking for.