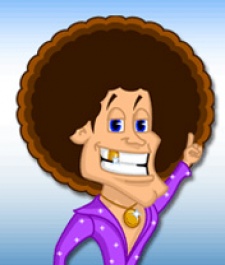 Josh Grant has joined as COO, and Lou Fasulo as SVP of publishing. Grant was previously VP of content strategy and acquisition at Vivendi's mobile games division, while Fasulo was VP of distribution.

Both men left the publisher when it closed its doors late last year. Their appointments seemingly herald a move into more gaming content by Sonic Boom, which made its name with personalisation products for ringtones and wallpapers.

"Sonic Boom is poised to make major moves in the digital entertainment arena, well beyond its success in publishing music and lifestyle products," says Grant. "iPhone, Android, and cross-platform integration are just part of the equation as we aggressively extend our footprint."

"Sonic is going beyond traditional mobile distribution models. We have a collective vision of delivering addictive content that integrates seamlessly with mobile, online, and other interactive platforms."

The company has also released Facebook application You've Been Slap'd.

Sonic Boom: 'iPhone success is about understanding your consumer'