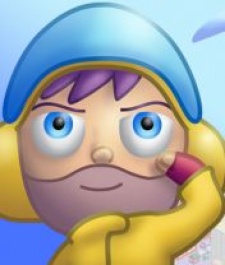 It's the title alluded to by the firm's product director John Phillips in a PocketGamer.biz interview last October.

The game will debut as a downloadable PC title this month, then release for iPhone, with mobile versions arriving in April 2009, including Windows Mobile and Android.

However, the company is also developing a version for Xbox Live Arcade, and investigating the potential for a DS release later this year.

The game itself is a casual action-puzzler starring a cartoon firefighter, which has been developed internally at Connect2Media. The publisher is hoping the staggered release strategy will help to build word of mouth buzz around the title.

"The global web release enables us to get the game out to a massive audience from the off," says CEO Eric Hobson. "Already there is a community building for the brand on-line and the release will fuel this making it a must play title.

Connect2Media has already launched a dedicated website for the game, as well as uploading a trailer to YouTube (see below for a gander at the game).