February 16th, 2009 - 12:00pm
By Stuart Dredge, Contributing Editor
It's always worth poking around the NTT DoCoMo stand at Mobile World Congress, and this year is no exception. The Japanese mobile operator has a couple of next-gen handsets with a gaming angle.

First, there's the company's prototype projector phone, which lets you project the handset's display onto a wall or screen at high-resolution.

Here's a murky shot of it projecting a Capcom game (the murk was caused by a flickery light, not our poor camera skills): 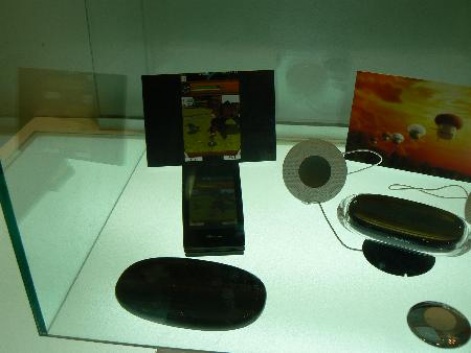 No word on when a commercial device may go on sale. Second was the intriguing 'seperable phone' - a handset made of modular keypad and screen which come apart.

In a gaming sense, this means you might have a separate gaming keypad (shown below) that you switch in when playing  while also placing a bigger screen propped up in front of you for a more TV-like experience: 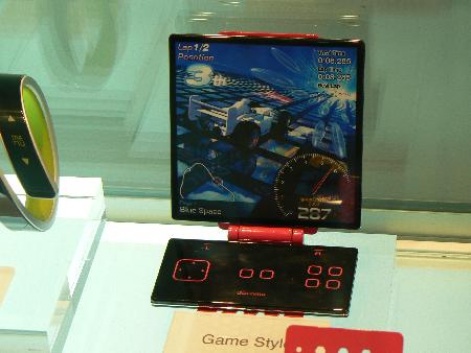 Again, it's a prototype for now.

DoCoMo was also showing off its line of 'Mega Games'  rich 3D mobile games up to 2MB in size, like Bandai's Mobile Suit Gundam U.C. 0079.

Finally, games are included in the firm's i-Widget widget platform, with Digital Chocolate's Tower Bloxx Mini one of the highlighted titles.

T is for trouble: NTT DoCoMo cans plans to launch Tizen in Japan