Aurora Feint social platform opened up for other developers 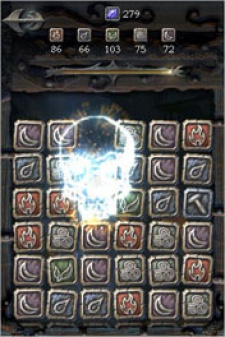 February 17th, 2009 - 08:01pm
By Stuart Dredge, Contributing Editor
The developers behind the innovative Aurora Feint series of iPhone games have announced plans to open its social platform up for use by other independent iPhone developers.

The platform is called OpenFeint, and will allow developers to use the same real-time chat, profiles, friend lists, walls and news-feed features seen in Aurora Feint II: The Beginning.

The OpenFeint Server element works with Google's OpenSocial REST API, and Aurora Feint (it's the company's name as well as the games') will host the server on developers' behalf.

The company's founders, Jason Citron and Danielle Cassley, reckon it'll let developers do in a day what would otherwise take them two months to code themseves.

"As Indie developers ourselves, we can attest to the sheer amount of work, time, and effort it takes to develop and operate our online social features and servers, so we'd like our friends developing games for the iPhone to be able to skip the headache and gain from our experience," they say.

OpenFeint will be free for a limited  number of concurrent users, but developers will pay if they plan to have larger numbers of players. The beta version of OpenFeint will be available in March, with more information available on how to sign up on its website.

Interestingly, Aurora Feint isn't the first indie developer to announce plans to make its own platform available to other devs.

Demiforce - the firm behind iPhone puzzler Trism - is working on its Onyx Online platform, which it's pitching as an Xbox Live style community for iPhone.