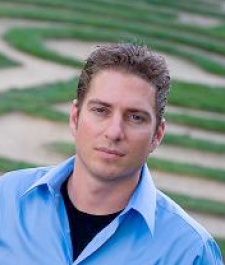 March 24th, 2009 - 07:31pm
By Stuart Dredge, Contributing Editor
EA Mobile has announced a big slate of iPhone games heading to the App Store during the rest of 2009, including many of its biggest franchises.

VP of worldwide studios Travis Boatman gave the big reveal during his presentation at GDC Mobile.

One big piece of news was the integration of Facebook Connect into EA Mobile's Scrabble game for iPhone, allowing people to play against those using the Facebook version of the game.

EA Mobile's fierce rival Gameloft recently announced (or rather, Apple announced on its behalf) that it had passed two million downloads on the App Store.

EA Mobile's strong slate of games shows it's determined not to be left behind on iPhone. However, it's equally encouraging that the publisher is using Facebook Connect to link its games to social networks - an area where EA's casual division is also increasingly active.