EA and Gameloft's battle of the iPhone boobs 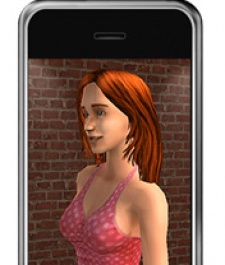 EA Mobile and Gameloft are used to competing in the realm of 3D mobile games, but now the two companies are going head-to-head in a very different environment: boobs.

Specifically, both publishers have released 99-cent iPhone applications offering a new spin on virtual breast-wobbling, as seen previously in Wobble, iGirl and iJiggly-Bikini.

EA's iBoobs 09 and Gameloft's Real Chest 2009 went live this morning on the App Store, and while they offer similar features to the above titles - quivering virtual breasts - both publishers claim they have the edge on the competition.
iBoobs 09 (pictured above) has Facebook Connect integration, allowing players to show off their best wobbles on their social networking profile.

"As one of the leading connected entertainment publishers, we see iPhone as the ideal platform to diversify into different kinds of interactive experiences," says EA Mobile's spokesperson.

"We are already looking at how our proprietary mammarial behaviour engine can be incorporated into full iPhone games such as The Sims 3." 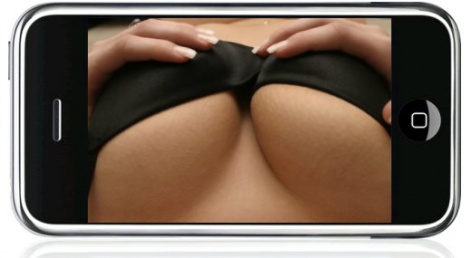 Meanwhile, Real Chest 2009 (above) eschews Facebook in favour of fully online functionality, with players able to engage in 'chest-offs' over the network to see who is the most talented wobbler.

"Gameloft is the leading publisher of rich 3D games for iPhone, and we saw the opportunity to combine those skills with our groundbreaking real-time multiplayer platform," says a Gameloft statement.

However, it could be argued that the decision of both publishers to go down the breasts route shows the difficulties both are having in getting their premium games to cut through the floods of cheap fun apps on the App Store.

Anyway, EA and Gameloft have kindly agreed to donate 20 free promo codes for each title to PocketGamer.biz readers.