Palm Pre could be on US shelves by June 7th

Best Buy rumoured to be launching the anticipated WebOS handset 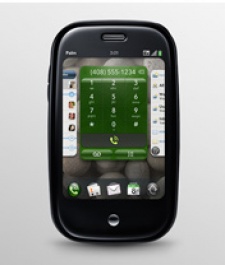 May 4th, 2009 - 11:22am
By Spanner Spencer
Weve been following rumours that Palm is planning to go toe-to-toe with Apple by launching the highly anticipated Pre the day before the iPhone manufacturers keynote speech at this years Worldwide Developers Conference.

But a new rumour apparently from within US retailer Best Buy suggests the store will have a limited launch run of 4500 units on the shelves by June 7th.

Its not clear whether this will be in co-operation with the exclusivity holder Sprint, or a secondary market, but according to Boy Genius Report the Pre will be coming in at $199.99 with a two year contract, $299.99 for contract upgrades and a wallet-smashing $999.99 on pay as you go. Ouch.

Its all just rumour, of course, and Best Buy isnt known for accuracy when it comes to such matters, but one things for sure - the Pre is near.