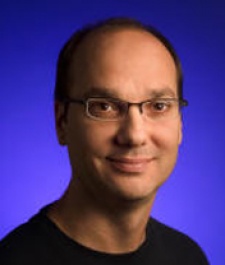 "Google's business model is deep into advertising, and so for Google this is purely a scale of the business," he says in the interview. "We just want to reach more people, and hopefully they'll use Google and we'll get the upside of the advertising revenue."

It's not a surprise, but Rubin's words may cause further headshaking among games and application developers concerned about Google's commitment to paid apps on Android.

A recent PocketGamer.biz feature outlined some of the concerns developers have about Android Market, which is dominated by free apps, making it hard to make decent money from paid games.

"Maybe Google's mindset is around providing stuff for free and making revenue back from advertising," one developer told us. "But they have to make their minds up what it is to be. I would like to know how committed they are to paid-for content, and then I'd like to see some changes to Android Market."

Rubin also talks about Google's desire to be different from Apple's approach of controlling the whole iPhone ecosystem.

"When you control the whole device the ability to innovate rapidly is pretty limited when it's coming from a single vendor," he says.

"You can have spurts of innovation. You can nail the enterprise, nail certain interface techniques, or you can nail the Web-in-the-handset business, but you can't do everything. You're always going to be in some niche."

On the games side, though, Apple is giving developers 1000 new APIs to play with, so it's debatable whether that niche argument holds true.