There could even be a commission in it, one day 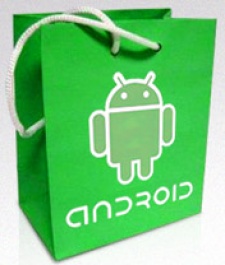 June 3rd, 2009 - 05:37pm
By Spanner Spencer
According to a report on Business Week, the Android and iPhone operating systems have a facility built into them that would allow users to share software directly between handsets.

Although this facility isn't activated at the moment, Google is apparently considering user-to-user gifting of applications, as well as using it as a kind of recommendation system. Naturally, Apple refused to comment.

While there's always a small danger of piracy, with the proper precautions the risk could be more than acceptable and allow software to spread virally between users who might otherwise never find a particular game or application on the Market or APp Store.

This is a system that Microsoft's current, ill-fated Zune system uses for sharing songs over wi-fi, and apparently it's very successful. Some analysts even predict that user-to-user recommendations that lead to sales could soon include a commission.

As it becomes increasingly difficultfor developer to get their software noticed on download applications such as the Android Marker and iPhone App Store, any new facility to increase awareness sounds like a pretty good idea for all involved.