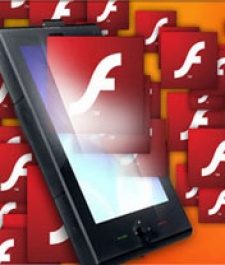 June 5th, 2009 - 03:30pm
By Spanner Spencer
Flash is immensely popular on the web, but it's been an uphill battle for software developer Adobe to break through onto the smartphone scene.

The fragmentation of the hardware hasn't helped, but moreover it seems to be a problem of manufacturer apathy. But it seems the software giant hasn't given up yet, and is getting ready to finally make a break onto the portable market beginning with a trial on Palm, Android and Nokia handsets.

"Smart phones are where the game is now. Our chips are on the table. Weve made our bets, says Adobe CTO Kevin Lynch.

It's not that the other smartphone systems aren't capable of running Flash Lite, however, but their manufacturers' reluctance to adopt a universal framework that could remove some of their competitive edge.

That said, it would appear Adobe is looking toward the future, and more powerful smartphones. The previously separate Flash and Flash Lite departments have now been merged with the intention of developing one, unified Flash platform for all devices.