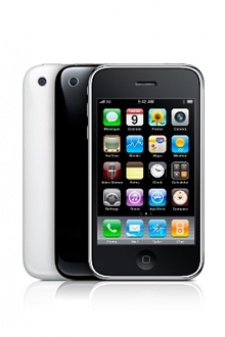 June 15th, 2009 - 04:30pm
By Spanner Spencer
The US exclusive carrier for Apple's iPhone, AT&T, is reporting that pre-order sales have already exhausted its expected stock, and any orders made after Saturday 13th June won't receive a handset on launch day.

Fears that the high costs of upgrading an iPhone while under an existing contract apparently haven't shortened the queues for the slightly quicker, compass-equipped hardware update.

Pre-orders made after Saturday are expected to see a seven to 14 day delay from their order date, so despite them overshooting the launch day, they could still be with eager, money-laden iPhoners by next week.

It seems stock has been retained for in-store sales, which kick off on June 19th both in the US and here in the UK.